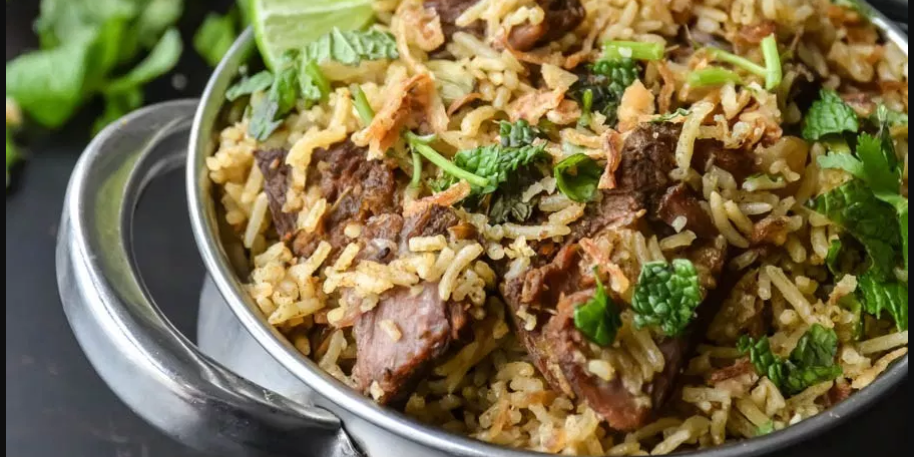 For Biryani to be part of India’s top choice of cuisine it has witnessed a large number of invasions from foreign invaders, who left behind the imprints on the society, rituals, and culture. Apart from that the foreigners also contributed to the regional cuisine too and how. It was through Muslim invaders like Afghans, Mughals, Persians, Turks, and Arabs that the culture of feasts become known to India. The famous Mughlai cuisine became an integral part of the Indian cuisine during the 15th to 19th Century when Mughals made India their home.

The History of Biryani

Historically, the introduction of exotic dishes like kebabs and biryani were attributed to the Mughals and their cooks (Khansamas) and had turned cooking into an art form. However, historical evidence also shows that a dish known as Oon Soru was quite popular in the south. It was made from Rice, meat and ghee and was garnished with turmeric, bay leaf, coriander and pepper. This dish was a part of the diet that soldiers followed to take care of their nutritional needs.

Many historians and travellers have mentioned detailed descriptions of the biryani in their travel books, even prior to the Mughals. However, the Persians were primarily responsible for popularizing this dish and bringing it into the mainstream.

The Origins of Biryani

The Persian word “Birian” is thought to be the source of inspiration for the word “Biryani” and it precisely means “Fried before Cooking”. It is therefore safe to say that erstwhile Persia and modern-day Iran, is where the biryani originated. However, an interesting story about Shah Jahan’s queen, Mumtaz Mahal, and how she got the biryani into the mainstream.

It is said that during one of her visits to the soldier’s living quarters, Mumtaz Mahal noticed the malnourished condition of the soldiers. She instructed her personal chef to create a dish for the soldiers that was healthy, nutritional and tasty. And thus the Biryani was born.

The biryani followed the Mughals wherever they set up their kingdom. The Calcutta biryani, the Arcot Nawab biryani and the Hyderabadi Biryani are all a result of the foothold that the Mughal Empire.

What was once considered a treat for the royalty and a feast fit only for the kings, the biryani imbibed the local flavours too and also reflected the local traditions, thus becoming a favourite of the common people. It took the vegetarian avatar too, considering the local cuisine and religious sentiments, thus further embedding itself in the cuisine of the average Indian.