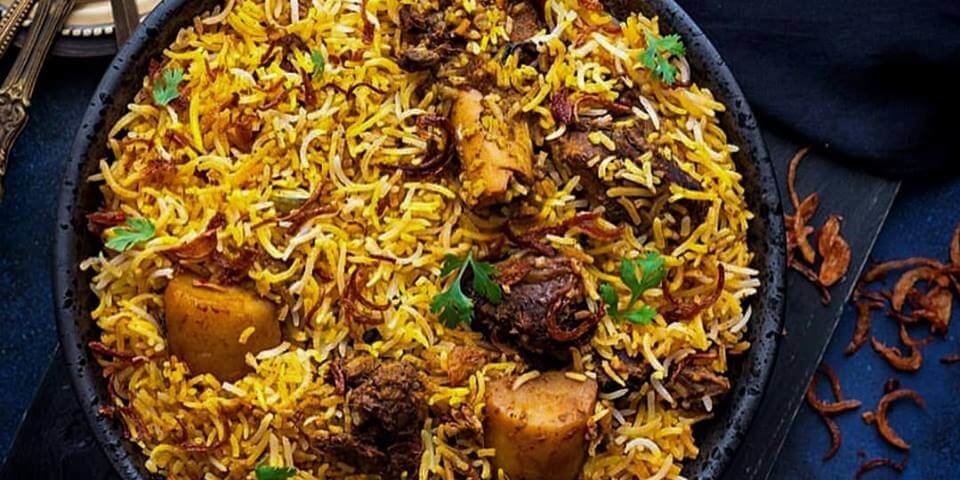 Biryani is an extremely popular and sought-after food items in India, with many of its different avatars available. Though its antecedents are foreign, but the love that the biryani has received in our country is incomparable anywhere else. Biryani’s true home is here. It has undergone many changes, a few additions and deletions, but the heart of the biryani remains the same. One can also opt for chicken biryani online order if friends drop in unannounced or a party is being ordered.
In this article, we shall explore the five cities that boast of some of the most loved biryanis by the respective residents:

Mutton and Chicken biryanis are quite common irrespective of state boundaries, but Kerala’s prawn and fish biryani is its very own. The northern region of Kerala, Malabar, is famous for its biryani. But Cochin is home too for its seafood and if you know where to look, you can tickle your taste buds here too. Places like Kadaloram (Abad Palace), Kayeekas and Kayees are synonymous with biryani and boast of top-notch taste that is bound to tickle your taste buds.

One simply cannot separate the biryani from Hyderabad as every single tourist and local would have definitely tried out this eclectic dish at least once in their lifetimes. The kacchi gosht biryani that is served at Hyderabad House is a favourite amongst the tech crowd and is famous for its perfect taste and impeccable quality. However no biryani lover can ever skip having the world-famous Paradise chicken and mutton biryani, that has been serving its
patrons since 1953 and still ranks as the top-ranking biryani across continents.

Biryani first made its appearance in Kolkata about 150 years ago when Nawab Wajid Ali Shah came and settled here along with his entourage. The traditional biryani was infused with potatoes by those who couldn’t afford meat always. Years later, Kolkata boasts of many places that serve truly delectable biryanis as loyal patrons swear by its quality and unbeatable taste. Rehmania on Park Street, Shiraz Golden Restaurant next door, Alia in Chandni Chowk and Royal at Rabindra Sarani are a few places that locals and tourists cannot miss if biryani is on their minds.

Legend says that during the construction of Bada Imambara, Nawab Asad-ud-Daulah fed the ocal labourers with a delicious mix of meat, rice and spices which was cooked in huge cauldrons over coal fires. The taste was so good that over time, the biryani found its way into the royal kitchen too and subsequently into the hearts of the royal families. The small, non-descript shops in Aminabad and Chowk are not huge on ambience but the authentic taste of Lucknowi Biryani can be found here. Age-old restaurants like Sakhawat in Hazratganj, Tunday in Aminabad and Nazirabad (also known for its galawat ke kabab, Idris Biryani Corner, Lalla ki Biryani and Haji Rahim are some of the must-visit places every biryani lover must visit.

This is an unlikely city to boast of authentic biryani, given the pot-pourri of cosmopolitan culture it is home to. While biryani is available across the island city, South-Central Mumbai is the place to be if biryani in on your menu. You can also search for order biryani online near me in case you plan to eat in the comfort of your own home. Mohammed Ali Road has a large number of restaurants that serve delicious biryanis though they may not boast of posh ambience but they are simply unbeatable for the tasty fare they serve. Noorani at Haj Ali, Lucky at Bandra and Olympia Coffee House at Colaba should be on your list of biryani – centric eating houses for sure.

Recent Articles
Recent Comments
Go to Top
We do not share your personal details with anyone.